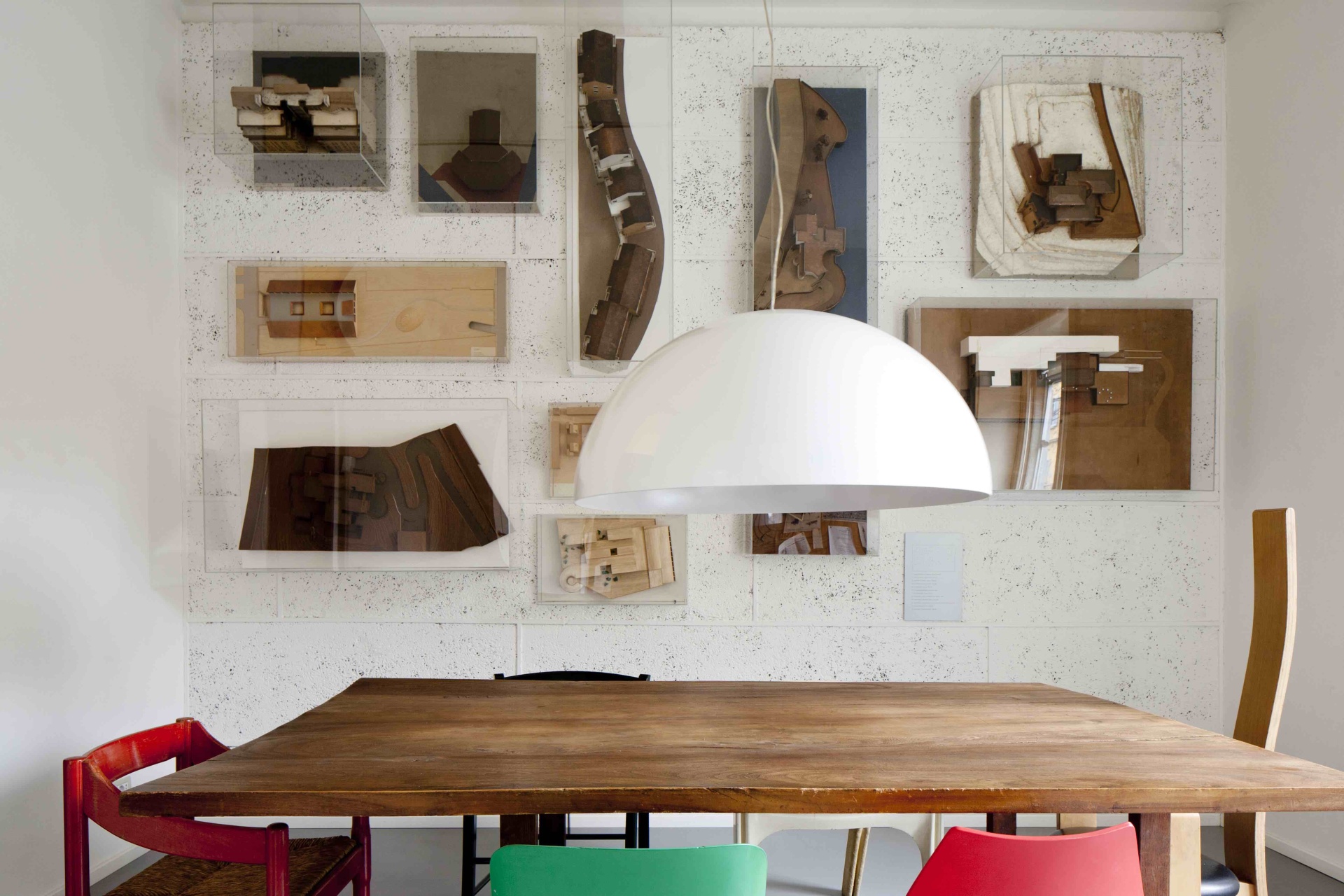 Vico Magistretti worked for all his career in the studio at the corner of via Conservatorio and via Vincenzo Bellini in Milan, in the building designed in 1933 by his father, the architect Pier Giulio Magistretti.

It was a small studio: less than eighty square meters on the mezzanine floor consisting of three rooms, not even fifty for the basement with the archive and an austere bathroom (there was no hot water until 2010!). And the staff was “small” too: Vico, of course, and Franco Montella, his longstanding and extraordinary assistant.
Magistretti used to say: “My office is a very small one because I decided from the beginning to be an architect and a designer, not a manger."

In 2010, four years after Magistretti's death and three after the recognition by the Superintendency of Archives of Lombardy of the "particular historical importance" of the archive, the studio became a museum, or rather a studio museum.
Here, conservation, research, enhancement, interpretation and promotion of his archive and his work as an architect and designer coexist and interact with original elements of the place where Magistretti worked for over sixty years.

Today the room where Montella used to work among drafting tables, closets, chests of drawers, chairs, prototypes, is the room for temporary exhibitions, that offers new insights and stories about Magistretti’s work through the documents of the historical archive.
The meeting room is now the room for archival consultation too, and it still has the same table that Pier Giulio placed there and the Sonora lamp, chosen - and designed - by Vico Magistretti.
Finally, Vico's room, properly his office, has been preserved practically as it was – it suffices to imagine it without computers, scanner and printer, tools of those who work in the museum today - with the two work desks, the black leather sofa and the wooden panels on the walls covered with drawings, photos, postcards, letters and cards.
Here, in the window frame, Vico placed a mirror in order to view, without standing up from his desk, the side apses of the Renaissance church of Santa Maria della Passione. He loved to tell about his studio: “This is beautiful, it seems like a little square from 1850 in Busto Arsizio. My father did this building, I did the one next to it; there, in front, is the Collegio delle Fanciulle done by my great-great-grandfather at the time of Napoleon. He was Gaetano Besia, a good architect, and here, back then, there was open countryside”.

Triennale Milano, Artemide, Cassina, De Padova, Flou and Oluce are the founders of the Foundation since its inception.

Fondazione studio museo Vico Magistretti houses design and architecture exhibitions and organises guided tours, talks and meetings on the exhibitions themes as well as workshops and educational activities for schools. 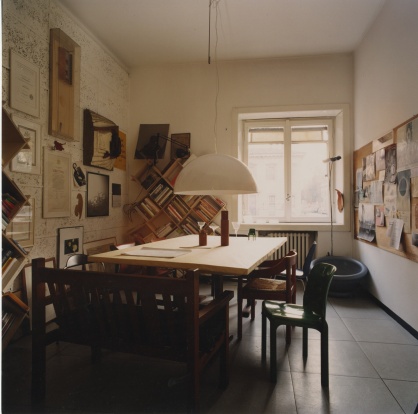 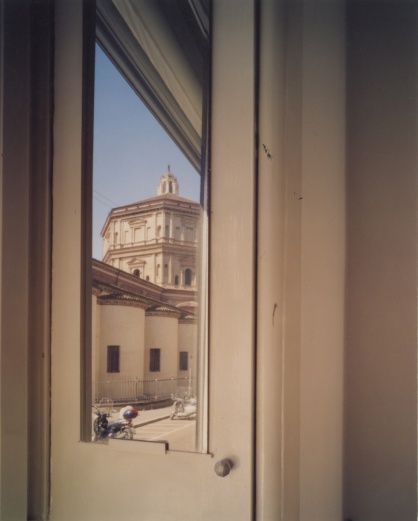 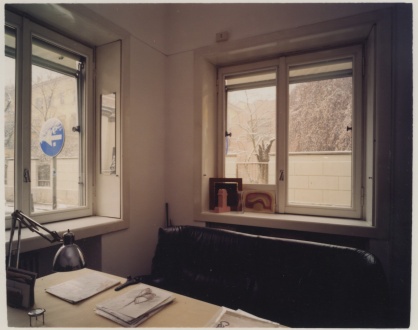 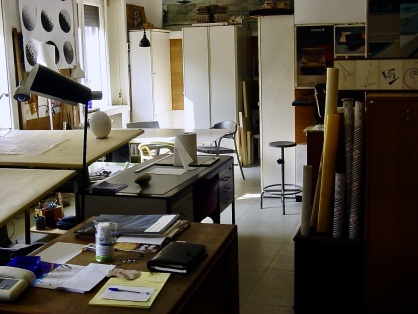 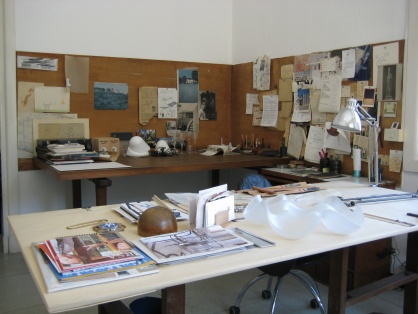 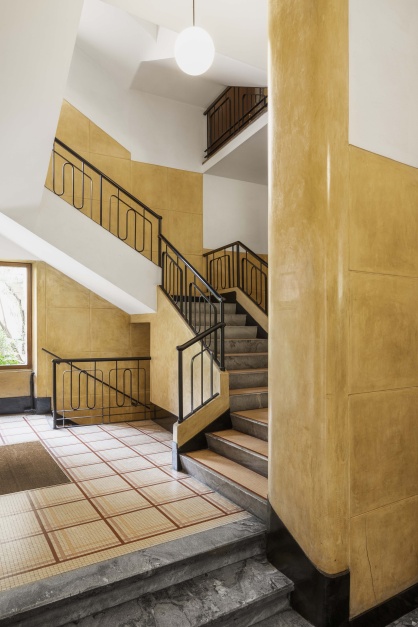 The stairs of the building in via Conservatorio, designed by Pier Giulio Magistretti 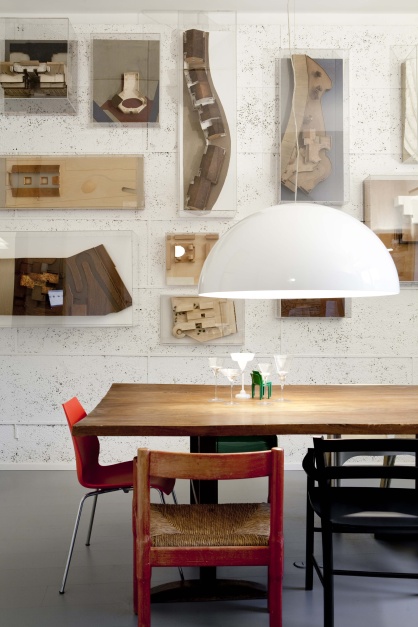 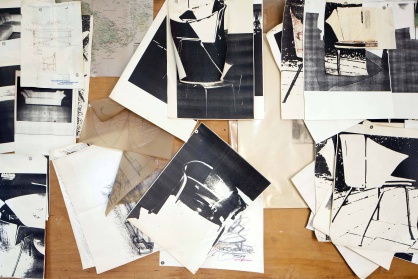 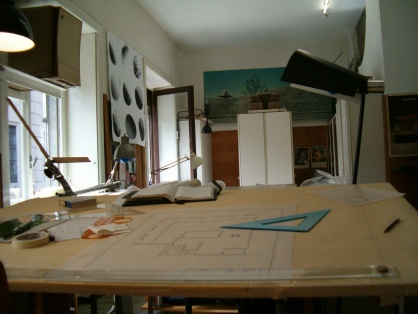 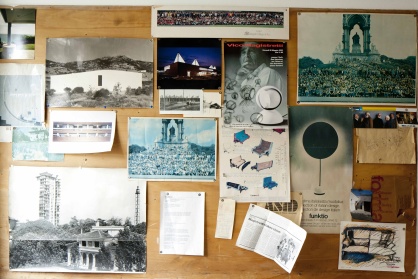 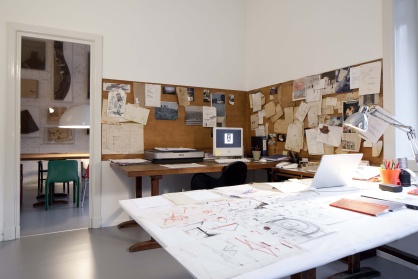 This website has been carried out inside NABA, Nuova Accademia di Belle Arti, through a workshop with the students of the Master of Art in User Experience Design of the Academy’s campus in Milan. The selected project  is by Ivan Persoglia, Michelangelo Ricca, Nicola Guido Carrillo, Samuele Cannistrà, Simone Cordieri and Yawen Deng.